The 101s are a supergroup made up of some of London’s top session musicians. The line-up is female vocals, male lead vocals/guitar, bass/vocals and drums, and they can perform over 350 classic floorfillers from the 60s through to the present day - probably the largest repertoire of any pop band known to man! Their songlist spans everything from T Rex to Tinie Tempah, including R’n’B, indie rock, soul, rock’n’roll - in fact just about any style or genre with male or female vocals that has been in the charts in the last 50 years.

With their superior musicianship and extensive repertoire this is a great band for a wedding or party of any kind. Friendly and charismatic, the band members have performed at many top function venues and can be relied upon to keep guests of all ages on the dance floor.

The band can provide background music or bespoke mixes pre-done by a professional DJ for an additional fee. They also have their own high quality PA and lighting system. They strongly recommend a performance made up of two one-hour sets although this can be extended for an additional fee.

The 101s are London-based. See Pricing for details of travel costs, etc.

"They were sensational!!! They created the best possible soundtrack to the best party of my life!!!"
Laura Ohrman - wedding reception - Buckinghamshire - June 2015

"We booked The 101s to play at our wedding after enjoying their performance at a friend's wedding and they were absolutely fantastic once again. The dance floor filled up the moment they launched into You've Got the Love and it didn't empty until they finished their set. We think they're brilliant and highly recommend them for any couple who want to create a brilliant party atmosphere."
Annabel Harrison - wedding reception - Gloucestershire - May 2015

"The Lee Flower Show Dance sounds like it might be a rather sedate affair - but far from it! The 101s had the dance floor packed all evening and were a great hit will the 250 guests at our annual village "Bop of the Year". The 101s did not disappoint! On a personal level, they were a delight to deal with. Thank you so much."
Pippa Hart - The Lee Flower Show - Buckinghamshire - July 2014

"The band were absolutely fantastic - the dancefloor was filled for the entire evening. They chose a really great selection of songs and got all ages dancing."
Louise Gray - wedding reception - Surrey - June 2014

"The 101s were brilliant at our party this weekend. Their music choice was exactly right and had everyone dancing all night. Thank you so much for making sure everything ran smoothly. I would definitely recommend this band and Function Junction to anyone hosting a party."
Debbie Humphrey - company anniversary party - Essex - June 2014

"The band were superb and just what we'd hoped for. The dancefloor was packed each time they played and at the end of the night everyone was dancing and singing along, hands in the air - an amazing time and the perfect end to the day."
Sarah Chandler - wedding reception - Oxfordshire - December 2013

"Wow! A fantastic performance all night! Great music and interactive with the very receptive crowd. Everyone at the wedding spoke about the amazing, excellent band. If we were to do it all again we would choose the 101s! Simply brilliant, many thanks."
Phillip Topham - wedding reception - Welwyn, Hertfordshire - December 2013

"The 101s created a wonderful atmosphere for the evening part of our wedding celebrations. We loved their music, our guests loved their music! Their DJ service was also outstanding! They even managed to include some Dutch songs (Groom is Dutch) and that was much appreciated. Instead of a first dance, we did a first song and the band was so kind to let us use their microphones. We would highly recommend them to anyone!"
Hannah Baker - wedding reception - West Sussex - August 2013

"The 101s were just great and so many of our guests commented on how good they were. They got the music just right for the very wide age range at our wedding and the dance floor was full all night."
Keith Taggart - wedding reception - Cambridgeshire - August 2013

"You sang and played amazingly, everyone was up on the dance floor and it was a perfect end to our wedding day. Thank you!"
Brigid McCamphill - wedding reception - Surrey - August 2013

"The 101's were an exceptionally entertaining band. They played a diverse range of music at our wedding which kept our guests dancing all night long. We had so many of our friends commenting on their sense of fun and energy as well as the quality and professionalism of their music."
Alec Stevens - wedding reception - Wiltshire - July 2013

"The band kindly covered our first dance song which was not on their playlist. We had loads of compliments about how great they were. We were really happy with the 101s and had a great evening."
Samantha Rumens - wedding reception - East Sussex - May 2013

"The act's performance was excellent. They were playing to rather a small crowd and my biggest fear was an empty dance floor but that never happened for a second! The act wowed everyone of our guests, young and old, from the moment they started to perform. Their material was spot on, they knew exactly what songs to perform that would appeal to all our guests and the dance floor was never empty. We also appreciated the DJ sets, I have never known that to be done before and that went down a storm also. During their break times the band members were happy to chat with our guests which was lovely of them. The act were the highlight of the evening and the best decision we made."
Nicola Rainford - wedding reception - Surrey - May 2013

"Having the 101s play at our wedding was like a dream come true. From the moment they started the dance floor was packed with happy guests. They have helped create some magical memories of our special day and would recommend them without reservation for any future event. All our thanks!"
Lee Miller - wedding reception - Hampshire - March 2013

"The band exceeded all expectations. There was not a moment that the dance floor was empty!"
Laura Selby - wedding reception - Hertfordshire - December 2012

"The band was absolutely awesome! The dance floor was packed out and the song choices were spot on. They surpassed our expectations - loved them!"
Bridget Sheehan - wedding reception - Warwickshire - September 2012

"What a great performance the 101s gave us. The dance floor was absolutely jam packed from their openning song. They even learnt our first dance for us which was amazing, thank you so much. The band was full of life and enthusiasm, with a huge amount of talent. The guests are all still talking about the 101s and how great they were."
Briony Britten - wedding reception - Bristol - August 2012

"Quite simply the best function band we have had the pleasure of dancing to!"
Oliver Fisher - wedding reception - Lincolnshire - July 2012

"Absolutely blown away by the band, they were excellent! They even downloaded a track to play for me during their break so I could dance to it, music choices were spot on - really made the evening for us."
Nicolette Davidson - civil partnership reception - Hertfordshire - July 2012

"Absolutely fabulous - everyone had such an amazing night. We are now so excited for New Years Eve!!!!"
Lizi Smith - Chief Executive's surprise birthday party - Kent - July 2012

"The band were superb, the quality of the performance was just excellent. They were also able to adapt to the crowd perfectly, we didn't leave the dance floor all night. Truly fantastic and I've already passed on their details to guests who have requested them since. Thanks so much guys!"
Stephanie Bishop - wedding reception - Essex - June 2012

"The 101s are fabulous, talented and fun we danced til our feet fell off! Thank you."
Emma Cantons - renewal of vows reception - London - May 2012

"They gauged the tone of the evening exceptionally well and played an excellent mix of music to cater for everyone. Flawless performance. Highly recommended."
Phil Smith - civil partnership reception - London - April 2012

"Amazing - voices, music everything! If we have the opportunity, we'll book them again - we don't need to look for anyone else. Having a male and female lead vocal was an added bonus."
Emma Willoughby - wedding reception - Herefordshire - December 2011

"Just to say a huge thank you - you guys were superb- as the incessant '1 more song' probably told you... Our first dance was wonderful, it was a bit of an ask, and you guys nailed it! My husband's parents said they'd never seen a wedding dance floor so packed from start to finish and everyone commented after on how good the band was - perfect!"
Jacqueline Caley - wedding reception - Dorset - December 2011

"The band were amazing! They turned up early and were extremely friendly. The sound was brilliant, even in a small venue. The music was adapted to the guests and they were happy to take requests on the night. We are looking for an excuse to hire them again!"
Charlotte Laverick - wedding reception - Surrey - September 2011

"The 101's were talented, friendly and great fun. They played a good range of more modern tracks - exactly the kind of music we love (not just the same old, same old seventies stuff)! We would have them again in a heartbeat. Thanks"
Helen Parkinson - 10th Wedding Anniversary - Hertfordshire - September 2011

"Without doubt the 101's exceeded our expectations. From the moment they started to the last song the dance floor was full. Weeks later we still have people saying how great the band was. They are professional and very accommodating, the timings on the day slipped a bit and they made it very clear that we should relax and let them take care of business. Which we did. Thank you so much for a really great night."
Richard Smith - wedding reception - Hertfordshire - August 2011

"The 101s were excellent, they kept the dance floor full right to the end and sounded amazing throughout. So many guests commented on how good they were. Thank you for helping to make our day so special."
Alaine Biggs - wedding reception - Oxfordshire - May 2011

"The band were brilliant, they got everyone dancing (young and older!) and we have had lots of nice comments about them, everyone wanted to know where we found them!"
Tom Macfarlane - 21st birthday party - Hertfordshire - May 2011 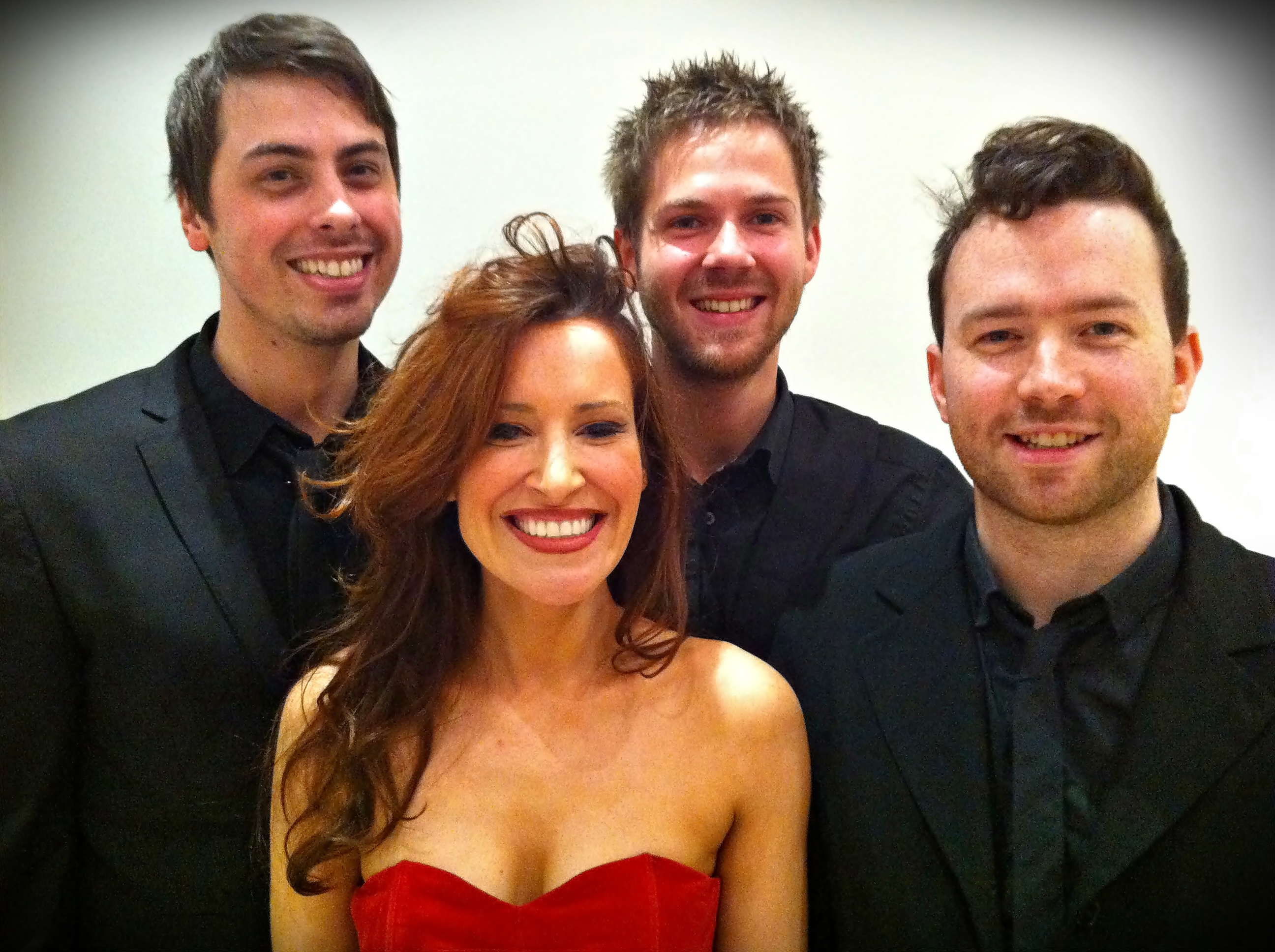