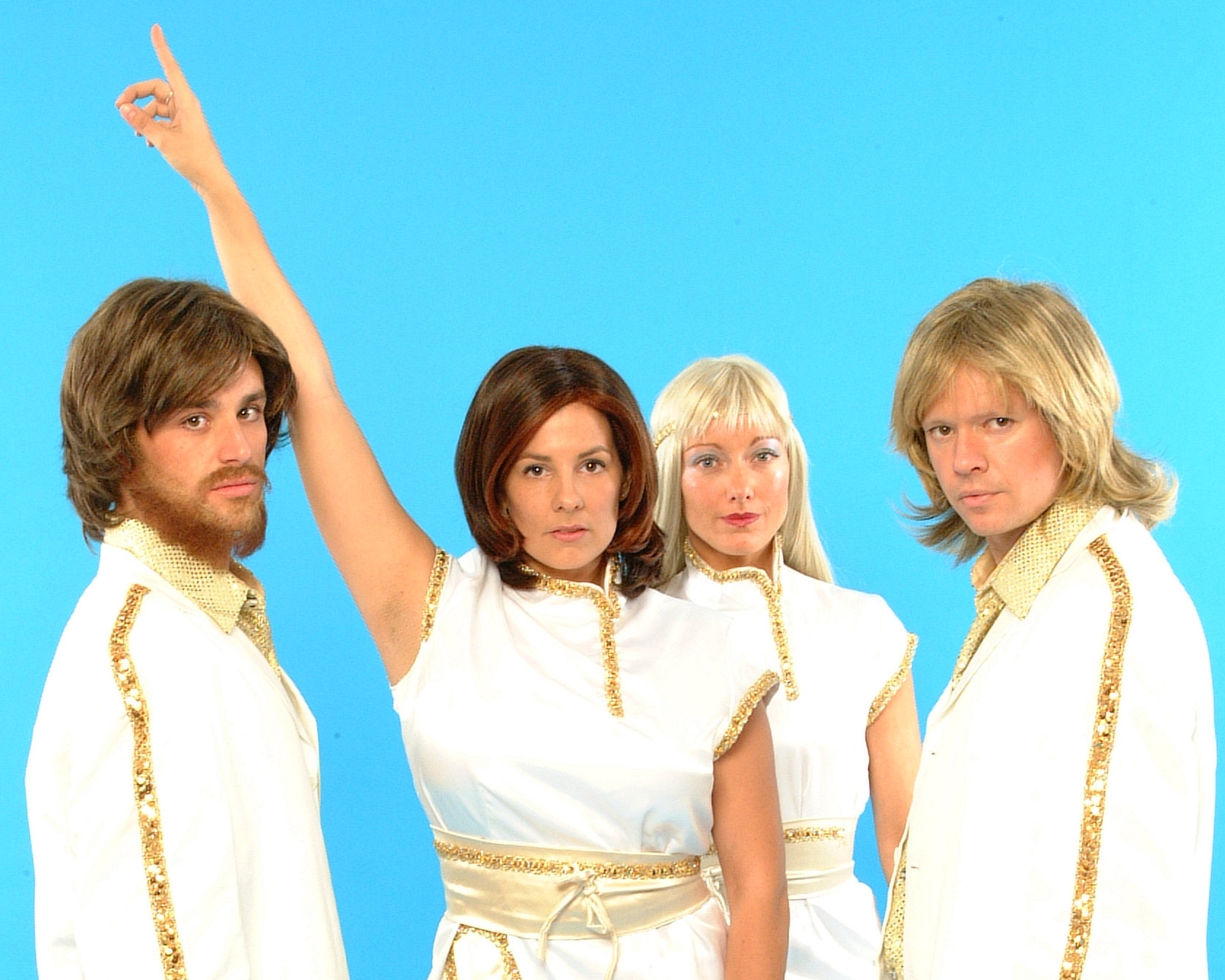 This is also an Abba tribute band with a difference – as well as performing a dedicated Abba show complete with wigs and costumes they can also appear as cover band and play a set of popular 70s to 2000s songs. Their Abba Tribute show is packed with the most popular Abba hits and encourages the audience to participate, getting them to perfrorm dance routines and backing vocals. The sound they create is authentic and exciting, the show visually stimulating, and the costume changes and dance routines are spectacular. As a cover band the band revert to a fun-type pop band playing songs as diverse as “The Time Warp” from the Rocky Horror Show through to tunes from artists including Madonna, Robbie Williams, Alien Ant Farm, Daniel Beddingfield and J Lo.

The band members have worked in West End productions including Phantom of the Opera, Evita, Starlight Express and Joseph and His Amazing Technicolor Dreamcoat. Their TV credits include Only Fools And Horses and Bugs as well as writing scripts for Clive Anderson and appearing in a host of TV commercials. Individually members of the backing band have performed worldwide and worked alongside many stars including Prince, Michael Jackson, Madness, Tom Jones, The James Taylor Quartet, Belinda Carlisle, Ricky Martin and Guns n’ Roses.

For “Abba-only” bookings, the band can play for up to one hour 15 minutes. For mixed Abba tribute/cover band bookings the band generally plays two 45 minutes sets. They have a professional PA and lighting system and can provide background music at no extra charge on CD/minidisc before their performance, during their breaks and after the performance has finished.

Read More
Songs List:
As well as all Abba’s greatest hits, below is a selection from the band’s cover song list

Travel and cost:
This Abba tribute are South East-based. See Pricing for details of travel costs, etc
Add to My Enquiry List

"They made our party a huge success and impressed us island folk!"
Mary Gower - party - Guernsey - September 2008

"As both Abba Tribute and a cover band they were fantastic. The dancefloor was full all night despite the age range of 2 - 72 years. I would have no hesitation in recommending them or indeed using them again."
Faith Ramsay - birthday party - Berkshire - September 2007

"The band was fantastic - everybody really enjoyed themselves. I have recommended them to a colleague"
Stephanie Suter - Corporate Gala Dinner - E Sussex - April 2007

"All the band were fantastic from the minute they walked in the door, they were polite, friendly, jolly and very enthusiastic. We got the impression thy’d do anything to make our party a success. Loads of guests have commented what a great band they were. Our 4 children adored and worshiped them. They will be top of the list for any future parties!"
Sharon Perks - birthday party - Berkshire - June 2004

"The Abba Tribute band made our wedding day a night to remember. Very pleased, all our guests thought they were fantastic."
Kiki Roberts - wedding reception - Merseyside - June 2004

Got questions, or want to book 'Abba Tribute' for your wedding, party or event? Add them to your Enquiry List and then send them a message to check their availability.
Add to My Enquiry List