Standard quote is for 2 hours playing spread over 3 hour period.

A highly gifted and experienced harpist, Alice graduated with honours from the London College of Music in 1991, and then went on to study at the Eastman School of Music in New York where in 1993 she gained her Master of Music, Performance and Literature. Her orchestral experience has included working with the Scottish Chamber Orchestra, National Symphony Orchestra, Northern Ballet Company, the English National Ballet and the Royal Scottish National Orchestra. Alice has also recorded with the RTE Orchestra, the Empire Chamber Orchestra in the USA and for RCA records in London and her recordings have been broadcast on Classic FM’s Henry Kelly show. Solo performances have included: The International Harp Festival in Manchester; Nordwestfallen Festival in Bochum, Germany and the Heidelberg Castle Festival of Opera.

Alice’s repertoire covers many styles including classical, folk and jazz/swing. Weddings are one of Alice’s specialities and she has a wealth of experience on advising couples on the most appropriate music to choose for both religious or civil ceremonies.

The price quoted is for up to two hours playing time over a three-hour period.

Alice Trentham is based in London. See Pricing for details of travel costs, etc.

"It was an extremely hot day and Alice kindly agreed to play in the garden of the venue during the pfficial photos and then move inside to play the guests into the main room for the wedding breakfast. Nothing was too much trouble - excellent."
Jean Woodger - son's wedding reception - Surrey

"Alice played at our official office opening and we received a great number of comments from people saying what a novel and lovely idea it was to have a harpist. Alice was extremely professional and was lovely to deal with. Thank you."
Rachel Ball - corporate reception - Surrey 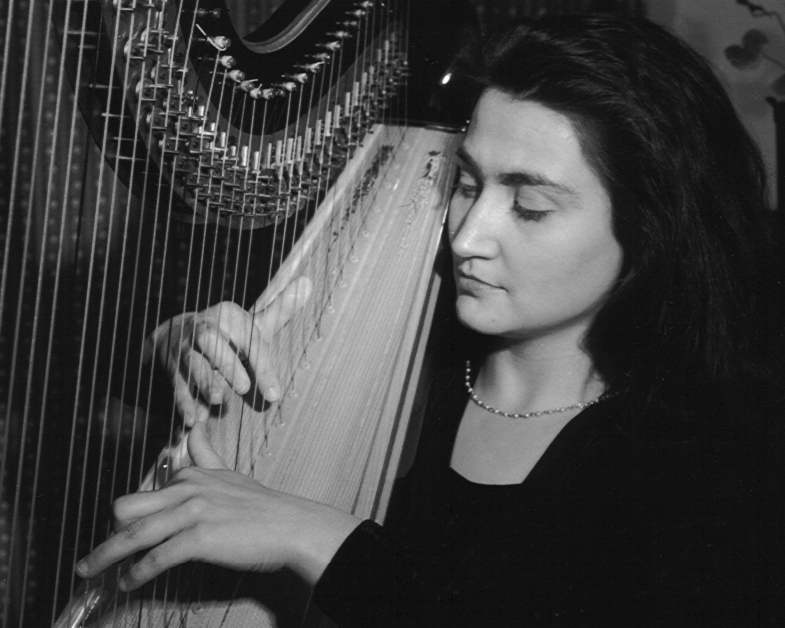 A selection from her repertoire:

Gershwin, Kern and Beatles Love Songs
All You Need Is Love
But Not For Me
Can’t Help Lovin’ Dat Man
Come Away With Me
Embraceable You
Fields Of Gold
Good Day Sunshine
Here, There And Everywhere My Song
I Will Always Love You
Let It Be
Someone To Watch Over Me
The Man I Love
The Very Thought Of You
When I’m Sixty-Four
When You Say Nothing
Wind Beneath My Wings
Yesterday

Great standards and swing favourites
A Nightingale Sang In Berkeley Square
As Time Goes By
Bewitched
Blues In The Night
For Sentimental Reasons
How To Be Free
La Mer
Makin’ Whoopee
How Deep Is The Ocean
Maria
Misty
Moon River
Moonlight In Vermont
My Funny Valentine
New York, New York
Satin Doll
Somewhere
Soul Coaxing
Summertime
When You Wish Upon A Star

Plus many more from today's charts, musicals, and movies