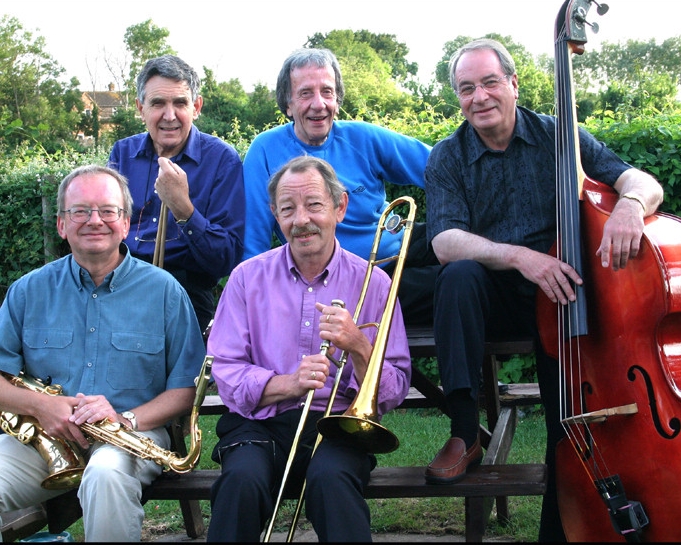 In Brief:
5-piece, play for up to 3 hours. Other line-ups also available.
Add to My Enquiry List

Century Jazz are a five-piece band of top musicians playing mainstream/modern jazz from the 40s, 50s, 60s and beyond. The band’s fine reputation is a result of the many years of experience acquired by these musicians, playing in jazz groups, big bands and even the occasional rock and folk group. This means that the band have a wide repertoire suitable as both background music and dance music, particularly with the addition of their female vocalist.

Century Jazz have played at numerous weddings, barmitzvahs, and private and corporate parties in venues ranging from prestigious West End hotels to stately homes. This function work is combined with appearances at music festivals and jazz clubs, where Century Jazz can always be relied upon to impress the jazz aficionados. Their CD, from which their demo tracks have been taken, has been featured on Jazz FM and BBC radio, including Humphrey Lyttleton’s £quotBest of Jazz" programme.

The band consists of piano, bass, drums, guitar, trombone and saxophones/clarinet/flute. Our quoted price is for this five-piece line-up, but for serious dance music it is recommended that the band also add their female singer. The band normally play for around three hours and provide their own PA system.

The band’s repertoire ranges from the great ‘standards’ of the 30s, 40s and 50s composed by masters such as Gershwin, Cole Porter, Rogers and Hart, Duke Ellington, etc; through to some gentler pop music from groups such as the Beatles and the Carpenters.

Travel and cost:
Century Jazz are based in Berkshire. See Pricing for details of travel costs, etc.
Add to My Enquiry List

"The band were punctual, polite and played the most perfect music to accompany our special day - absolutely ideal and have no hesitation in giving our fullest recommendation to anyone considering them."
Edward Cookson - wedding reception - Buckinghamshire - August 2012

"Really got the reception off to a super start, made it all feel very special."
Amy Knowles - wedding reception - Oxfordshire - November 2011

"All good feed back from my guests and we all enjoyed their music."
Robin Baker - party - Buckinghamshire - July 2009

"They were knowledgable and made music not just heavy beat and raucous sound as many 'jazz, swing' bands seem to do these days. We enjoyed them and their proactive attitude. Liked the vocalist."
David Sarginson - birthday party - Warwickshire - July 2006

"“It was definitely the best wedding I’ve ever been to, which is partly thanks to Function Junction and Century Jazz. After all, what’s a party without music?! Clive and his team are absolutely lovely people and wonderful musicians. They were a pleasure to have with us and hope they enjoyed their evening as much as we did. Everyone had a great time and there was an abundance of complimentary remarks about Century Jazz from our guests.”"
Donna Garcia - wedding reception - Hampshire - August 2002

"“The band was marvellous. They were so kind and they are obviously such talented musicians. Everyone thought they were perfect.”"
Whitney Freeman - wedding reception - East Sussex - June 2004

""The band were the highlight of our reception and were simply perfect!""
Tina Burrett - wedding reception - Oxford - June 2005

Got questions, or want to book 'Century Jazz' for your wedding, party or event? Add them to your Enquiry List and then send them a message to check their availability.
Add to My Enquiry List