If you like soul from legends like Stevie Wonder, disco from 70s stars Chic and Carwash, dance tracks from DJ producer Mark Ronson and a smattering of serious funk from Tower of Power then this is the band for you. From the soul classics of yesteryear to the modern dance hits of today, The Funk Cadets will get all ages movin’ and groovin’ on the dance floor.

Fronted by fabulous female lead vocalist Rachael and backed by an excellent six-piece band consisting of bass, guitar, keyboards/vocals, drums/vocals and a razor sharp brass section of sax and trumpet/vocals, this band will impress even the most discerning of music critics. For larger audiences the band can expand to an 11-piece by doubling the horns and adding extra backing vocalists/dancers.

Between them members of the band have appeared on Channel 4, ITV, BBC TV, Sky, Five, Radio 1 and performed in Dubai, USA, France, Belgium, Italy, the Caribbean, Japan, Alaska, Hong Kong and throughout the UK. High profile venues members have played at include: Claridges, The Grosvenor House Hotel, Brighton’s Grand Hotel, The Dorchester, Aldwych Theatre, The Lyric, The National Theatre and even appearances on Broadway, New York. Lead vocalist Rachael has also appeared as a backing vocalist with Madonna on a TV special.

The band have their own PA system and lighting rig and normally play three 40-minute sets or two one-hour sets. Like nearly all our bands, The Funk Cadets provide pre-recorded music on CD during their breaks and after the performance at no extra charge, or alternatively for an additional fee they can supply a full DJ service

The Funk Cadets are Sussex-based. See Pricing for details of travel costs, etc

"Friendly, professional band throughout. They made the evening for us!"
Tim Dawes - wedding reception - Gloucestershire - August 2013

"They really helped to enhance the perfect party atmosphere and were a wonderfully professional band to work with, both in the run up to the event and on the night. We will definitely be booking them again for future events."
Nicky Allison - corporate party - London - October 2008

"They made the evening, not only for my clients who danced and danced and danced until we practically had to cut the power to get them off the dance floor and into bed, but also for me as I've never worked with such a great group of fabulous, easy-going musicians! Their playlist is superb, the sound they produce is huge, and I can thoroughly recommend them for your next party."
Emma Chester - corporate party - Surrey - June 2008

"Just wanted to say thank you so much for providing such an outstanding show for us at our wedding; the music was fantastic and we've had so much positive feedback from our friends and family."
Louise Chadder - wedding reception - February 2008 - Dorset 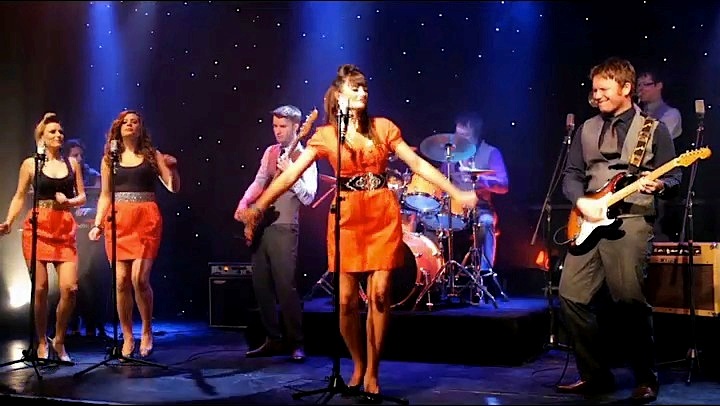