Kick is a lively four-piece pop/rock party band guaranteed to get people up and dancing. Front man Tim is no shrinking violet when it comes to interacting with the crowd and will have people singing along in a matter of minutes! With their wide range of classic songs from The Monkees to Maroon 5 they are an ideal band for weddings and parties of all kinds.

Kick comprises male lead vocals, lead guitar/vocals, bass/vocals and drums. They have their own PA system and lighting rig and normally play three 40-minute sets or two one-hour sets. Like nearly all our bands, they can also provide pre-recorded music during their breaks and after the performance has finished at no extra charge.

"The band were excellent, adding to what was a great day. Would have no problem recommending either Kick or Function Junction in the future - brillaint service, thanks!"
Jenny Stephenson - wedding reception - Surrey - September 2010

"A huge thank you to both Function Junction and Kick - the process was stress free and function junction were excellent at responding to my queries comprehensively and quickly. Kick were fantastic, the dance floor was always full and all our guests commented on how good they were. The band were great to deal with, very pleasant and understanding about time changes and our playlist requests. Our first dance also went down a storm thanks largely to the band! Thank you so much again, we will definitely be recommending both Function Junction and Kick."
Priya Goyal - wedding reception - Surrey - September 2010

"BRILLIANT! The band were fantastic and everyone really enjoyed them. They were really nice and made our evening wedding reception. Thanks!"
Matt Prentis - wedding reception - London - July 2010

"Fantastic band. All the guests commented on how good they were. Would recommend both Kick and Function Junction."
Gemma Kidby - wedding reception - Middlesex - September 2009

"Kick were absolutely fantastic. Nearly every person that attended commented on how great they were. Would recommend them to anyone who wants a good party!"
Matthew Rothery - wedding reception - London - August 2009

"I have been meaning to drop you a line to say how brilliant Kick were at my Wedding on 8th August. This band really did help create a special evening for us and all our guests. From my initial communication with Jamie via email, the band were totally professional throughout and did a great job of learning and playing Magnificent by U2 for our first dance which went down an absolute storm. The band enthusiastically played a range of music over the two one hour sets which kept the dance floor busy right up until the end of the evening. The bands charismatic front man is also a great entertainer who had everyone laughing at his antics on stage during the set. I would certainly have no hesitation to hire them for a future event. So many guests asked us where did we find such a fantastic band - they really were superb - well done!"
John Hornsby - wedding reception - Buckinghamshire - August 2009

"Kick were fantastic and got everyone dancing. We couldn't recommend them enough! They sounded brilliant and were perfect for our wedding. We'd like to personally thank them for making our day very special!"
Darren Knight - wedding reception - Hertfordshire - May 2009

"I honestly don’t think the Rolling Stones could have done a better job, they were absolutely outstanding!!! So many of my guests asked where we found them! Give me a call if they need any references etc - would be more than happy to sing their praises some more!!"
Laura Collier - wedding reception - Gloucestershire - August 2008

"I just wanted to express our thanks for your fantastic playing at Katy and Matt's wedding reception. Thank you for being so flexible and straightforward to deal with…... You really made the atmosphere of the wedding and so many people commented on how fabulous your music was, we are happy to recommend you to our clients, in fact we already have!"
Kay Carey - client’s wedding reception - West Midlands - July 2008

"So many people told us afterwards that they thought the band were fantastic."
Andy Kuchcinski - wedding reception - Gloucestershire - May 2007

"Kick were better than we hoped for, everyone has said how great they were. What a great bunch of lads. Very funny! Thank you."
Sophie Newman - birthday party - Buckinghamshire - September 2007

"From start to finish Function Junction was efficient and helpful and we couldn't have been better pleased with the band who kept the dance floor crowded all evening and were friendly and humorous throughout. We would thoroughly recommend your service."
Elizabeth Brown - daughter’s wedding reception - Staffordshire - September 2007

"We would like to take this opportunity to firstly thank the team at Function Junction for an easy and efficient service. Your band recommendations and attention to detail provided us with superb entertainment for our wedding at Sudeley Castle. We would secondly ask that you pass on our thanks to Kick. The music and entertainment were fantastic. We were really pleased that they played our first dance and we didn't sit down all night! Many of our guests said it was the best evening entertainment they had experienced at a wedding. To top it off they were a really nice group of people and real professionals...."
Sarah & Andrew Cleevely - wedding reception - Gloucestershire - August 2007

"They were good fun and flexible with timings. We had a cracking time and thought they were great! Our guests loved them too. A big thanks to them and you all at Function Junction. Excellent entertainment."
Tim Gordon - wedding reception - Sussex - June 2007

"Kick are one of the best bands we have had play here. Their choice of music is always very good and the crowd reaction very positive."
A Flack - BDO Stoy Hayward Christmas party - London - December 2005 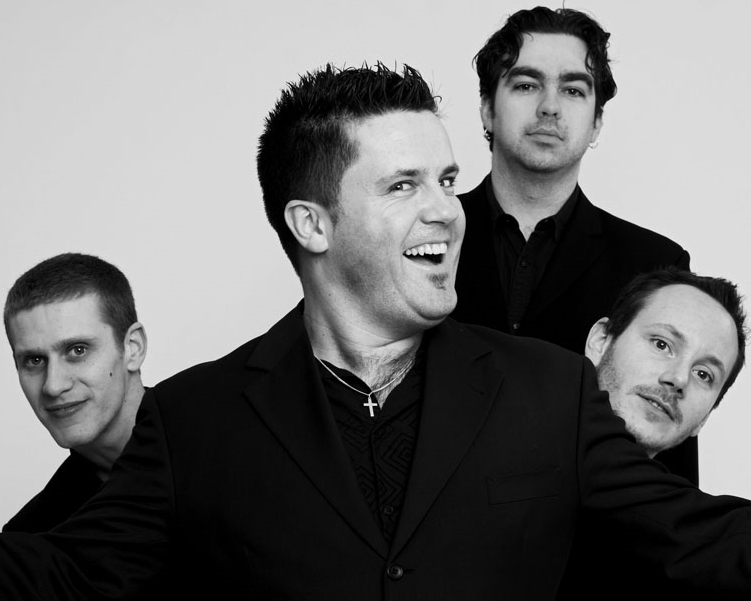