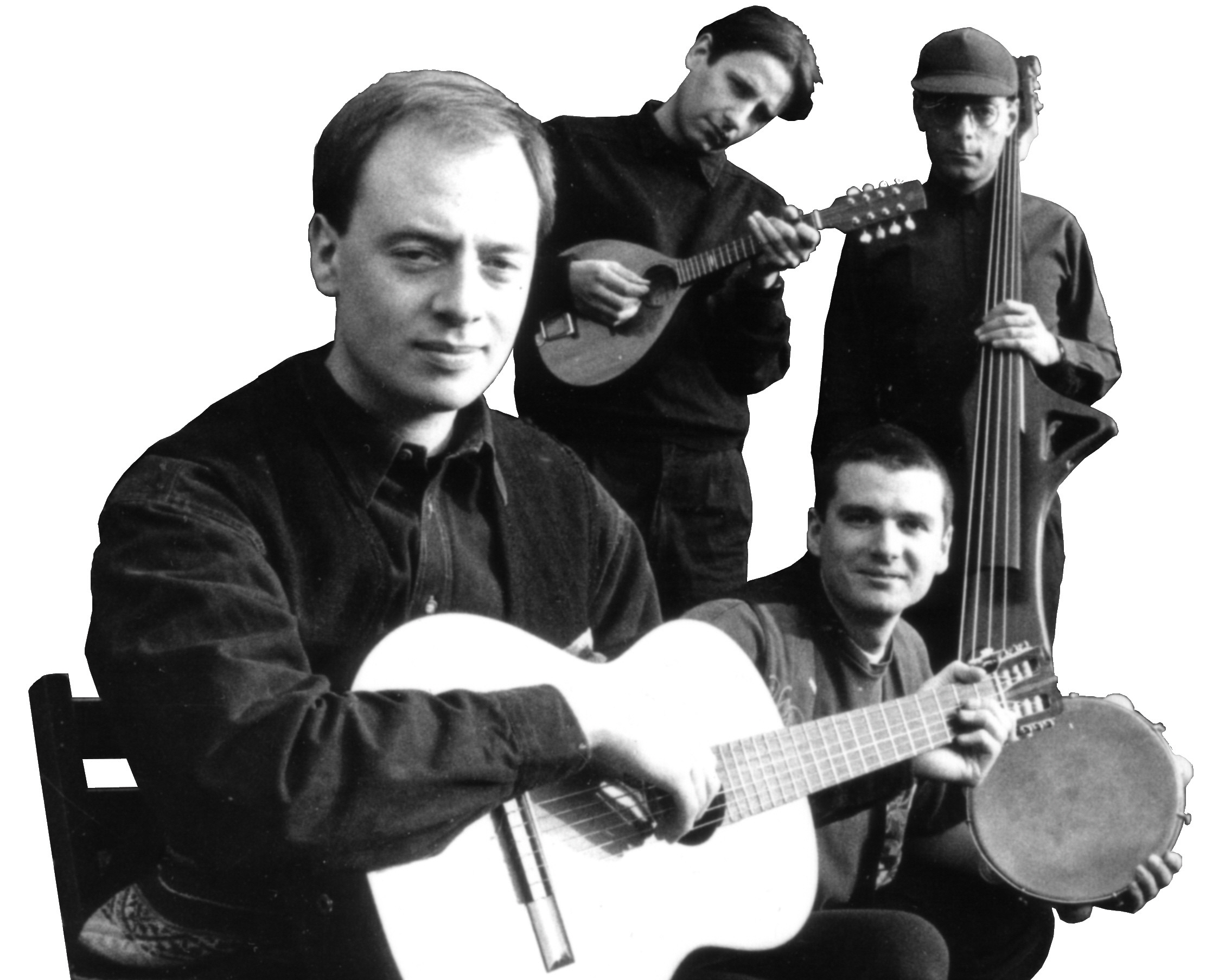 In Brief:
4-piece. Quoted price based on playing 2 hours over a 3 hour stay.
Add to My Enquiry List

Lobu Bobu is an all acoustic quartet playing the gentler side of Latin music. Much of the band’s repertoire comes from Brazil, and includes bossa novas, sambas, choros and baion rhythms, as well as covering a wide range of jazz and Latin standards. In all cases, the sound is cool, mellow and a more restrained alternative to salsa and “hot” Latin music, whilst still offering the same infectious rhythmic feel.

The band was formed in 1988 and is made up of two acoustic guitars, acoustic bass guitar and percussion. The band members are all active on the London jazz scene and their experience also extends to pop, orchestral, theatre and studio work.

Lobu Bobu’s acoustic sound makes it an ideal choice for background music at receptions, dinners, private and corporate functions, where its gentle rhythms and warm tone bring great atmosphere to an event without being too intrusive. With no need to plug in their instruments, Lobu Bobu is also completely mobile and they are happy to play inside, outside and around a venue. The band has performed widely at many prestigious venues including the Royal Festival Hall, The Barbican Centre, The Royal National Theatre and many West End hotels.

Our quoted price is based on the band’s playing for between two and three hours.

Travel and cost:
Lobu Bobu based in London. See Pricing for details of travel costs, etc.
Add to My Enquiry List

"The two bands you arranged for our wedding were fantastic. A big big thank you for organising the two class acts for our wedding ceremony, drinks reception and evening entertainment. Ali and I had a wonderful time. Everything went like clockwork and it made the whole day very very special. All our guests told us how brilliant both bands were. Without them I doubt if the day would have been so fantastic. They were also punctual, polite, courteous and a pleasure to chat to. Expect a few referrals coming your way. We're already trying to find another excuse for a party!!!"
Peter Low - wedding reception - Surrey - November 2008

Got questions, or want to book 'Lobu Bobu' for your wedding, party or event? Add them to your Enquiry List and then send them a message to check their availability.
Add to My Enquiry List