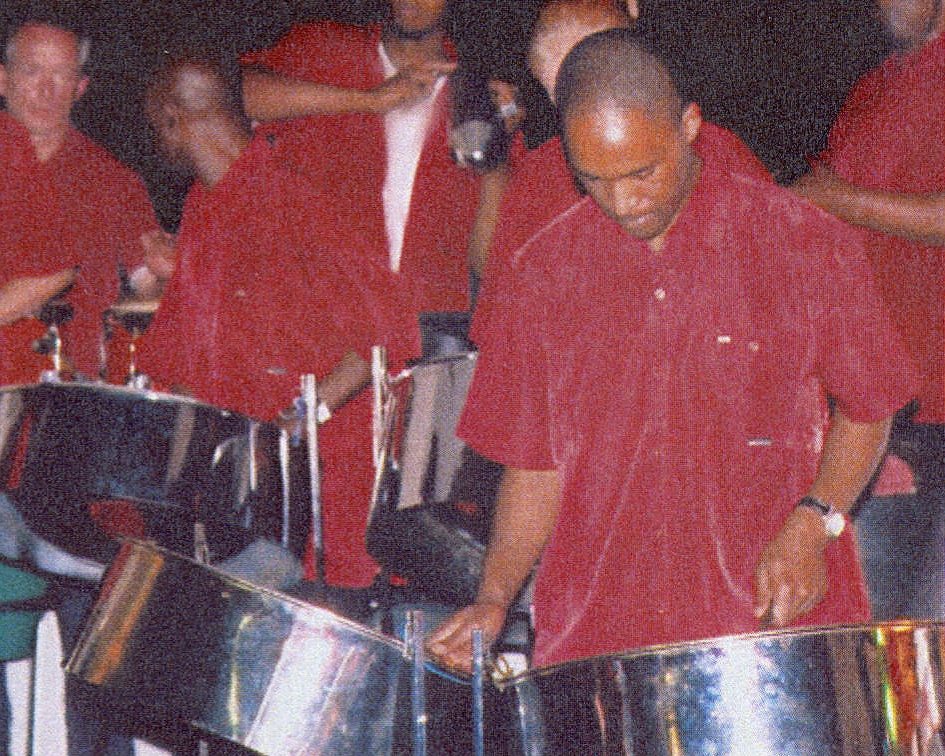 About The Rainbow Steel Band

Not so much a band, more an institution, Rainbow have been entertaining audiences for more than 50 years. Originally founded by Hallam Ifill in Barbados, he brought the band over to the UK, settled in Bath and started touring as The Barbados All Stars. As some of the original members retired or returned to the West Indies, Hallam relaunched the band as The Rainbow Steel Band and they have been earning national and international acclaim ever since as one of the UK’s most proficient and exciting bands.

Rainbow’s effectiveness as a band is based on a combination of three things: the playing skills of the musicians, the excellent arrangements – most of them penned by the band themselves, and the band’s enthusiasm and dedication. The result is an outfit that has performed in front of Royalty as well as entertaining guests at events and private functions of all kinds with a repertoire that includes calypsos, pop and light classics.

The band featured on the demo tracks has a 10-piece line-up, but for weddings and private functions we quote for a more compact four-piece band, which will play for up to two hours over a three-and-a-half hour stay.

Travel and cost:
The Rainbow are based in Somerset. See Pricing for details of travel costs, etc.
Add to My Enquiry List

Got questions, or want to book 'The Rainbow Steel Band' for your wedding, party or event? Add them to your Enquiry List and then send them a message to check their availability.
Add to My Enquiry List