Get ready for blast off! The Rockets are here to take you into orbit with a payload of pop/rock anthems that will keep you dancing till you reach the moon – or at least, till you reach the dawn.With their broad spectrum of musical interests, the three band members love performing, and their vast repertoire of material allows them to adapt to any given scenario. Whether it's old favourites - the Beatles, Queen and Elvis - or current chart artists such as Coldplay, Keane and Maroon 5, they have something for everyone!

The Rockets comprise lead guitar/vocals, drums and bass guitar/backing vocals. These guys are top-class musicians and entertainers whose wide-ranging careers have included taking roles in the West End productions of Grease and Mamma Mia and appearing in television programmes and film productions. Bassist/vocals Vinzenz Benjamin has worked extensively as a session player and performed with many artists including Shayne Ward, Mel B, Shaznay Lewis and Go West. Between them, members of the band have also played throughout the UK and in Austria, Bosnia, Oman, Dubai, Kosovo, Singapore, Argentina, Cyprus and Ghana. Corporate clients have included Reebok, Adidas, Austin Reed and Levi's. Lead vocalist Nick was signed to Mercury records and completed a European arena tour in their originals band, performing in front of 15,000 to 20,000 people a night!

The Rockets have their own PA system and lighting system and can provide recorded music in their breaks. The band usually perform two one-hour sets or three 40-minute sets.

The Rockets are London-based. See Pricing for details of travel costs, etc

"The Rockets were better than we could ever have wished for … so many people came to us throughout the night asking who they were and that they were one of the best bands they had ever heard. (Not to mention the fact that they had a few female secret admirers!!) Nick and the band went beyond the call of duty and were more than accommodating from the off … their set list was excellent, they adapted it to suit the audience and mood, they got the whole venue ROCKING and shouting for them to ENCORE … we will always recommend The Rockets to anyone, and our venue have made a note of them for whenever they need to book a band for a party in the future … they made our party for us and for that we will are so very grateful."
Naomi Wallens - wedding reception - Surrey - February 2013

"We have just got back from honeymoon (and back to reality!!) and could not leave it any longer without saying a massive, massive thank you to you and the rest of the Rockets. We felt so bad as we didn't even see you go on the big day, but I am sure that you could tell that everyone thought you were fantastic. There were people up dancing that I have never even seen dance before in my whole life! You really were amazing and made our night, so thank you lots. You also made a lot of the girls happy as I heard several times how pleased they were to have such great eye candy as well as great music!!"
Karen Leverell - wedding reception - Oxfordshire - April 2013

"The Rockets were fantastic! My son's 18th Birthday party was a great success thanks to these guys. They played whatever the crowd suggested and had them up on the floor dancing from the start. They were totally professional and such a nice bunch of guys. The kids used words like 'awesome' and 'the best band I've ever heard' and 'I want them for my party'. Thank you to the Rockets for an unforgettable night. I cannot recommend them highly enough."
Kathy Baxter - 18th birthday party - London - January 2013

"Within two minutes of them being onstage the dance floor was overflowing. A fantastic night was had by all and I wouldn't hesitate to recommend the Rockets to anyone whether it is a corporate or private event. In fact I would like to book them for our Xmas party this year. Thanks for introducing us to such an awesome band."
Nicola Thompson - wedding reception - London - October 2012

"The Rockets made our night. Amazing voices and their choice of songs had everyone dancing. They catered for everyone's musical taste and were professional through and through. I've already recommended them to all my friends. A huge thank you to the Rockets."
Laura Ford - wedding reception - Hertfordshire - July 2012

"I booked the Rockets for our wedding and couldn't have been more thrilled! They were courteous, professional and superb musicians. All the guests were asking us where we got the band from!"
Greame Parslow - wedding reception - Essex - June 2012

"I just thought I'd let you know how brilliant the Rockets were. The guys were extremely accommodating and played a great selection of songs. They made my birthday a night I will certainly never forget! Thank you to the Rockets."
Andy Lowe - birthday party - Hertfordshire - May 2012

"THE ROCKETS YOU ROCK!"
Steve Bennington - corporate event - London - May 2012

"I was over the moon with the Rockets. What a lovely bunch of guys. They even managed to persuade my 81 year old grandmother to get up and have a boogie! What a superb choice I made in booking the Rockets. They were the finishing touch to a wonderful, wonderful day."
Kate Robinson - wedding reception - Warwickshire - May 2012

"In a word.....Brilliant....everyone amazed and very happy, just shell-shocked at how good you were! Cheers Rockets!!"
Chris Woods - wedding reception - East Sussex - April 2012

"Excellent! Rockets were fantastic....again. We've used the band for three years and they still, never fail to surprise us. See you next year!!"
Molly Norman - private party - East Sussex - March 2012

"The Rockets were fantastic on Friday night and the feedback from the client has been nothing but positive. The band were professional, friendly and with a brilliant live performance to boot, so all good! Thank you very much to the band."
Rachel Frawley - corporate event - Essex - January 2012

"The Rockets were outstanding. We had previously seen them at another wedding so we HAD to book them for ours too! They were professional, flexible and fun. The dance floor was packed all night and I kept forgetting to get a drink because I just had to dance to every song. Everyone has asked us where we found the Rockets and all our guests kept commenting on how fabulous they were. Thank you for making our special day so memorable. Cheers!"
Mark Byrne - wedding reception - Devon - September 2011 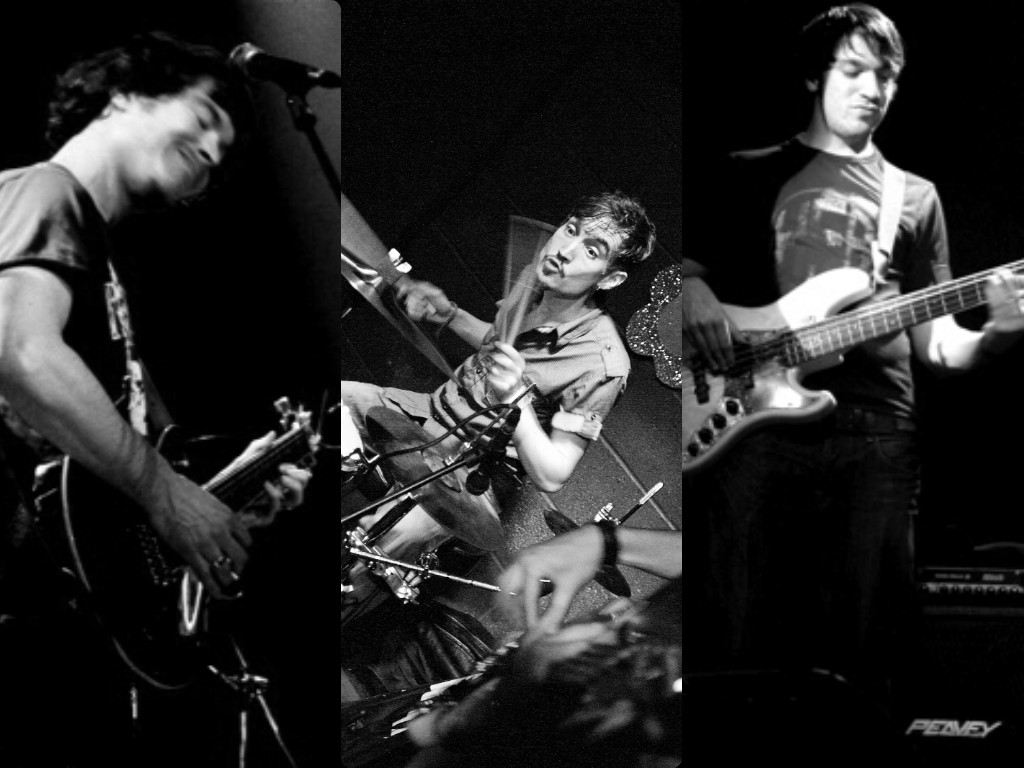