The Spaceboys are a lively, energetic pop band guaranteed to get people of all ages up and dancing. With a vast repertoire of material from the 60s to present day, the band have something for everyone with a multitude of old favourites for all ages, tastes and events. Drawing on an eclectic mix of material including pop, rock, Motown, disco, dance, soul, and rock ‘n’ roll, if you want ‘loud and lively’ they will get you up singing and dancing, creating an instant party atmosphere, but if you prefer some smooth ambient background music to start the evening with, the band are also happy to oblige.

Twin brothers Nick and Steve share the lead vocal spot and play guitar and keyboards respectively, backed by drums and bass guitar. The brothers were signed to Mercury records and completed a European arena tour in their originals band, performing in front of 15,000 – 20,000 people a night. Needless to say both brothers are top-class musicians and entertainers whose wide-ranging careers have included taking roles in the West End productions of Grease, Mamma Mia and Saturday Night Fever and appearing in television programmes and film productions. Bassist/vocals Vinzenz Benjamin has worked extensively as a session player and performed with many artists including Shayne Ward, Mel B, Shaznay Lewis and Go West. Between them members of the band have also played throughout the UK and in Austria, Bosnia, Oman, Dubai, Kosovo, Singapore, Argentina, Cyprus and Ghana. Corporate clients have included Reebok, Adidas, Austin Reed and Levi's.

The Spaceboys can provide background music on CD and they also have their own PA system and lighting system to highlight the band. The band usually perform two one-hour sets or three 40-minute sets.

Travel and cost:
The Spaceboys are London-based. See Pricing for details of travel costs, etc

"They made the evening for us. We would definitely book them again!"
Gillian Lancaster - event - London - January 2011

"The Spaceboys did a fantastic job in providing the entertainment at our wedding reception. I can't recommend them highly enough! Thanks guys!"
Andrew Beard - wedding reception - Surrey - July 2010

"Spaceboys were fantastic, brilliant, they rocked the house!! They are such a nice bunch of guys who entertained us all from start to finish, they even let some guests take to the stage and sing with them. They were true professionals and we wouldn't hesitate in recommending them to others. A fantastic night was had by all."
Clare and Alec Hartopp - wedding reception - Essex - May 2009

"Cannot fault the Spaceboys - we had so much good feedback and Function Junction (everyone we spoke to without exception) were helpful and full of good advice. Particularly when we were choosing which band to have."
Tom Huson - wedding reception - West Sussex - November 2008

"Overall we were very pleased with the support and advice given to us by FJ. We knew we had to have a great band for our wedding and you provided one. Thanks."
Mark Herbert - wedding reception - West Sussex - August 2008

"Everyone said how great the band was and they let my husband sing with them, again!! They were great, thanks a million!"
Suzi Robson - wedding reception - Hampshire - June 2007

"They made the wedding – everyone loved them. We were able to sing with them – absolutely brilliant!"
Helen Traverso - wedding - Norfolk - June 2004

"I’ve had so many compliments on the band. There was a moment one hour into the party when I looked round and the bar was empty – everyone was on the dance floor."
Victoria Fea - wedding - Buckinghamshire - May 2004

"The Spaceboys were fantastic and would definitely recommend them to anyone, everybody had a great time."
Natalie Schopen - wedding - Eastbourne - August 2003

"We have used the band for a few corporate events now and their professionalism on every aspect of the event even before they go on stage is fantastic. The boys are extremely easy to work with and their time keeping is great too. The music list is very diverse, hence us using them on quite a few corporate events and after show parties, for clients such as Reebok, Procter and Gamble, and Cadbury’s. I have no hesitation in recommending them … you will absolutely love them!"
Shaun Fernandes - Big Chief Productions

"The Spaceboys were excellent, top bunch of guys, very enthusiastic. Would thoroughly recommend them to anyone."
Robert Witherby - wedding - London - May 2003 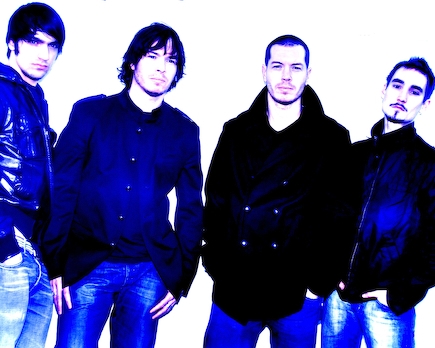