About Strip The Willow

Strip The Willow is one of the most experienced Scottish Ceilidh Bands on the scene today. The band has recorded some five LP’s for the London Highland Club and three on its own label as well as four recordings for BBC Radio Scotland’s Saturday night programme ‘Take the Floor’. A current reeling CD is available which also features the Scottish Dance Band of the Black Watch.

The band has accompanied Scottish dancing enthusiasts on holidays in Denmark, Germany, Holland, Ireland, Canada, France, Italy, America, Austria, Australia, Nova Scotia, Czech Republic and in 1991 New Zealand, where they were featured on the National TV news! In all they have played Scottish Dance Music in 19 countries of the world.

In the mid 90s events included the premiere of ‘Four Weddings and a Funeral’, and a TV appearance in ‘Roughnecks’ shown in December 1994. 1995 saw the tercentenary celebrations of the Bank of Scotland, and a Duke of Edinburgh Award Ball in the presence of the Royal Family.

In the late 90s the band provided the music for the Leeds Festival of Scottish Country Dancing – the largest event of its kind in the world and also a highly successful 700 people ceilidh dance event at the Whitehall banqueting suite. Two regular St Andrews Night events at Whitehall and Hurlingham demonstrate the band's ability to delight the whole spectrum of Scottish Dancers. Burns Night events see the band playing to 2,500 people within two weeks including the band's longest running engagement for the Society of Scottish Lawyers in London at the Brewery. This event sells out its 480 tickets every year and there is often a waiting list of 200!

The band specialises in weddings where one side of the family is Scottish. By definition some of the guests have some (perhaps rusty) recollection of the dances they do but the emphasis is on getting everybody to join in and have fun without taking any of it too seriously. The dances they do are all ‘entry-level’ which means that any average person off the street can do them. The caller walks through the dances beforehand and then calls during the dance for only as long as necessary. The order of the dances is important as it is designed to mix people up and build on movements used previously.

Our quoted price is for the four-piece band comprising of accordion, fiddle, keyboards and drums, with the leader also acting as caller. For the larger occasions a six or seven piece band can be supplied including two/three fiddles, flute and second accordion. A former Black Watch piper can be included in the team for weddings and other occasions. The band supply a professional PA system and would expect to stay up to four hours at an engagement, during which time they would play for around two-and-a-half hours. 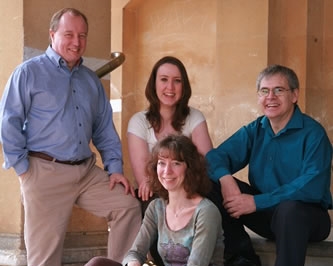