From Andy Williams to Abba, The Monkees to The Mavericks, and The Kinks to The Killers, Time effortlessly glide between the ages of pop, playing classic songs that will delight audiences of all ages. With a line-up consisting of guitar/lead vocals, drums/vocals, lead guitar/vocals and bass guitar this highly experienced band are sure to make your evening go with a swing.

Time generally play two one-hour or three 40-minute sets, but times can be altered to suit the function. They have a professional PA and lighting system and can provide recorded music during their breaks. They can also supply a full DJ service for an additional fee.

Travel and cost:
Time are based in the West Midlands. See Pricing for details of travel costs, etc

"Time were fantastic! They really made our wedding night, got the crowd going, played requests and the songs we requested. They were very professional and played tightly. We also hired their DJ service and he was excellent to. They had all the equipment, lights were amazing. Just couldn't fault them, all we wanted and more!"
Justin Maylin - wedding reception - Warwickshire - October 2011

"Just wanted to say a big thank you for your performance at our wedding. You were amazing and made the night! All of our guests keep on complimenting us on the band, saying how good you were. The dance floor was never empty and a great mix of music. We really appreciate the effort you went to in learning and performing our first dance song, it made it very special for us. We would definitely recommend you and are looking forward to seeing you play again soon."
Adam and Hannah Ryan - wedding reception - Herefordshire - July 2011

"We would recommend them."
Ian Wilson - wedding reception - Powys - September 2008

"Time were excellent, would most definitely recommend them. The music that they played was fantastic. Thank you."
Sam McDougall - company party - Buckinghamshire - September 2008

"Have just returned from our honeymoon and wanted to write to say what a fantastic night we all had. You bought our wedding day to a fantastic closure and all our guests had a brilliant time, from the nephews aged 6 to grandad aged 91. Thank you all very much"
Mr and Mrs Bowles - wedding reception

"... the one thing that everyone at the reception said, including the hotel staff was ‘what a fantastic band’. We had only heard the demo CD so were not entirely sure what we would be getting. You were all very professional, working well with the hotel’s resident dj to ensure smooth running of the entire evening and your finale "Can't Take My Eyes Off You" just made sure that the last die hard wallflowers got up on to the dance floor to join in wishing us all the best for our big day. I think you'll already gather that we were very very impressed with the band; your professionalism, quality, style and range made a great day even better. Thank you so much for playing at our wedding and making a great day so unforgettable"
David Macleman - wedding reception

"Hi Just a quick message to thank you all for giving us and our guests such a great show last night. So many people told us how impressed they were and we both really enjoyed ourselves.Thanks for your help and patience in making our wedding day so special. All the best"
David and Lucy - wedding reception - Worcestershire - June 2007

"Just wanted to say how fantastic the band were last weekend, everyone still can't stop talking about how great they were.Thanks again, you made the party"
Janey - 40th birthday party - Surrey - September 2007 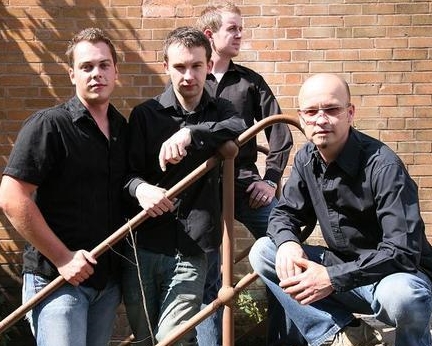 Songs List:
20th Century Boy (T- Rex)
500 Miles (The Proclaimers)
All Day And All Night (The Kinks)
All The Small Things (Blink 182)
Angel Of Harlem (U2)
Are You Gonna Be My Girl (Jet)
Back In Anger (Oasis)
Bad Moon Risin (C.C. Revival)
Bohemian Like You (The Dandy Warhols)
Brimful Of Asha (Cornershop)
Brown Eyed Girl (Van Morrison)
Can't Take My Eyes Off You (Andy Williams)
Chasing Cars (Snow Patrol)
Chelsea Dagger (The Fratellis)
Dakota (The Stereophonics)
Dance The Night Away (The Mavericks)
Daydream Believer (The Monkees)
Dizzy (Vic Reeves And The Wonderstuff)
Do You Wanna (Franz Ferdinand)
Does Your Mother Know (Abba)
Everybody’s Changing (Keane)
Hi Ho Silver Lining (Jeff Beck)
Honky Tonk Women (The Rolling Stones)
I Predict A Riot (The Kaiser Chiefs)
I'm A Believer (The Monkees)
Little Green Bag (George Baker)
Maggie May (The Faces)
Mama Told Me Not To Come (Three Dog Night)
Mr Brightside (The Killers)
Mustang Sally (Wilson Pickett)
Park Life (Blur)
Place Your Hands (Reef)
Pumpin’ On Your Stereo (Supergrass)
Respect (Wheatus)
Saw Her Standing (The Beatles)
She’s Electric (Blur)
Sit Down (James)
Smells Like Teen Spirit (Nirvana)
Stand By Me (Ben E King)
Summer Of 69 (Bryan Adams)
Take Me Out (Franz Ferdinand)
Teenage Dirtbag (Wheatus)
Teenage Kicks (The Undertones)
There She Goes (The La’s)
Town Called Malice (The Jam)
Twist And Shout (The Beatles)
Weather With You (Crowded House)
With Or Without You (U2)
You Do Something To Me (Paul Weller)
You Really Got Me (The Kinks)