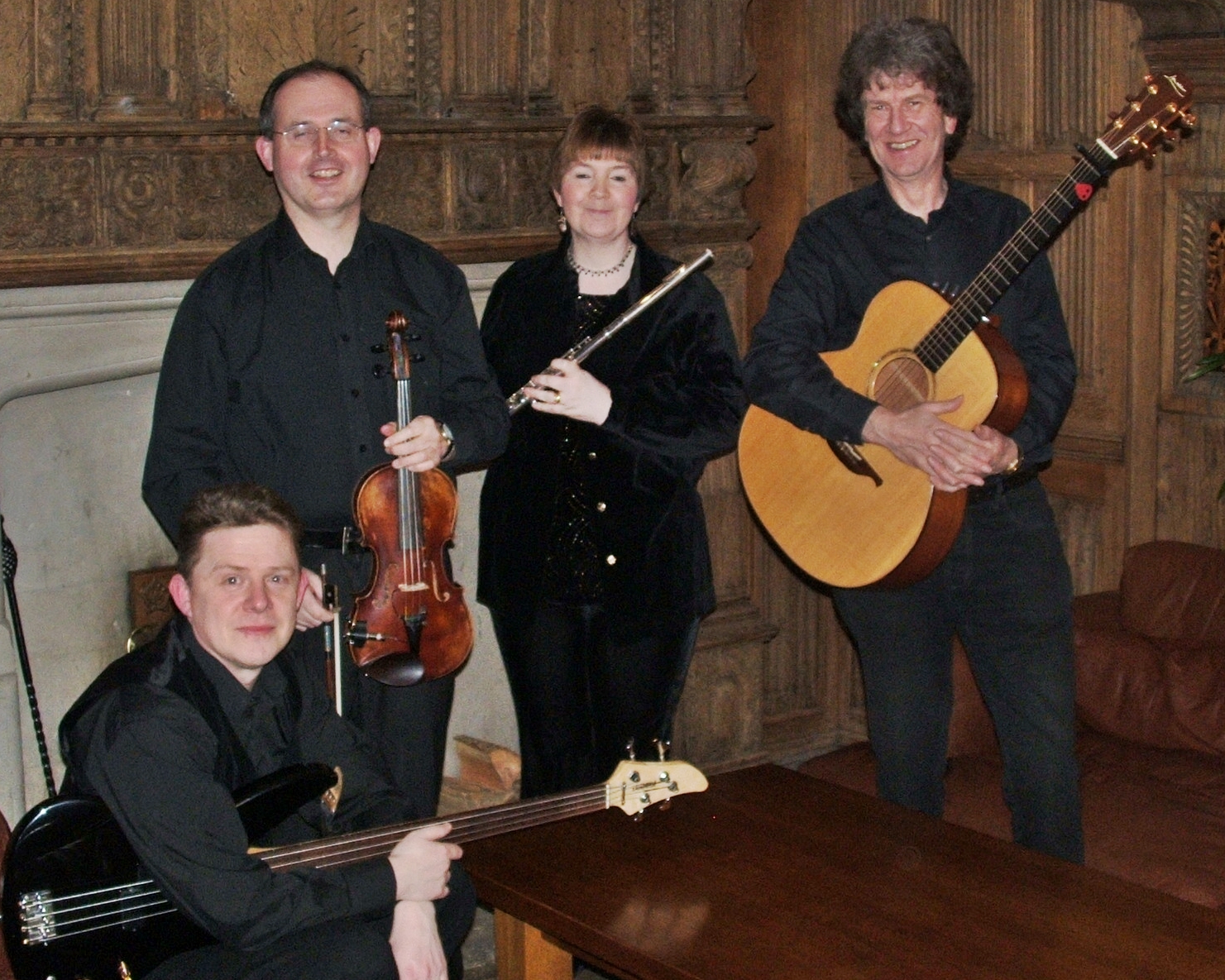 In Brief:
5-piece including caller. Perform for 2 hours. Recorded music in breaks.
Add to My Enquiry List

The band is joined by an experienced caller who talks the audience through the dances so that – as the band’s name implies – even those with two left feet will soon be confidently swinging their partners around the dance floor. Two Left Feet have a huge repertoire of music and dances from the England, Scotland, Ireland and America. The caller explains each dance before it is played. Then the band let rip!

The band has broadcast on BBC radio and has been twice featured on Radio Merseyside's Folk Scene programme, as well as many other local radio stations around the country.

The band provides it own PA system, through which they can play recorded music during their breaks. They normally perform for about two hours and our quoted price is for the five-piece band including caller.

Travel and cost:
Two Left Feet are based in Wirral. See Pricing for details of travel costs, etc.
Add to My Enquiry List

"The band were very entertaining and the caller was excellent, which was crucial as most of our guests had never done ceilidh dancing before, which meant that the dance floor was packed throughout the evening. I would definitely recommend them to anyone looking for a ceilidh band."
Mhairi Allan - wedding reception - Wirral - July 2013

"The band were excellent, really good fun, and many of the guests commented on how good they were, as well as the caller, who was also fantastic. Thanks!"
Jessica Wade - wedding reception - Merseyside - September 2006

"The band and caller ensured we had an excellent time by engaging everyone in our wedding celebration. Thanks."
Tony Charlton - wedding reception - Lancashire - July 2006

"Please pass on our thanks once again to the band. They were brilliant!! The atmosphere was fantastic and my new husband said the next day “it was the best wedding reception he had ever been to!” (what more can you say to that?!) Thanks for all your help – I would recommend you to anyone!"
Rebecca Crosbie-Brookes - wedding reception - Cheshire - April 2005

"Many guests have since commented how much they enjoyed the ceilidh. We were extremely pleased with the service from both Two Left Feet and Function Junction and would have no hesitation in recommending you both to others"
Bethan Thomas - wedding - Wigan - July 2004

"They were excellent. Very good at getting people to join in. Everyone had fun."
Nicki Doddridge - wedding - Merseyside - June 2002

"The band were relaxed and friendly. Caller did a great job as the dance floor was heaving, but he kept control."
Diana Payne - wedding - Yorkshire - March 2002

Got questions, or want to book 'Two Left Feet' for your wedding, party or event? Add them to your Enquiry List and then send them a message to check their availability.
Add to My Enquiry List