The most requested first dance songs 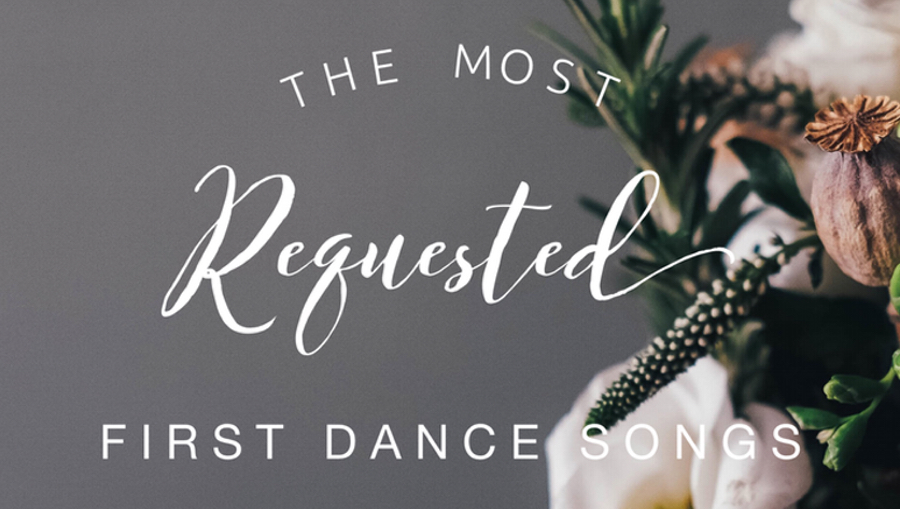 With Valentine’s Day on the horizon, Function Junction is definitely feeling the love this month. With a huge portfolio of amazing live function bands and musicians for your special event, the Function Junction uncovers the most popular and requested first dance songs at weddings over the past year.

So let the countdown begin! The Function Junction asked our own acts and artists, as well as looking to Spotify’s latest report on the most popular first dance wedding songs in the UK. You never know, you might get inspired!

1. The most requested first dance song is the romantically chilled ‘Thinking Out Loud’ by the British pop star Ed Sheeran. At one moment in 2016 ‘Thinking Out Loud’ was Spotify’s third most streamed track of all time. Our brilliant 5 piece function band The Van Goghs covers an array of popular songs, including the most popular first dance song by Ed Sheeran. Not only that, but some of the professional musicians in The Van Goghs have even worked with the man himself.

2. A love song that has withstood the test of time (57 years from its release), Etta James’s heartfelt song ‘At Last’ has been on top wedding song lists for many years. So it’s no surprise that the song sits proudly at number 2 in the most requested first dance songs for cover bands. Function Junction’s high energy band Pop Candi has ‘At Last’ on their vast playlist, including other popular love songs by Stevie Wonder, John Legend and Marvin Gaye.

3. Ray LaMontagne’s soulful ‘You Are The Best Thing’ is the third most requested first dance song. Released in 2008, the Motown-inspired song is from the American singer songwriters third studio album Gossip in the Grain. It seem like LaMontagne’s record for this song is all linked to the number 3, as it also reached third position in the US Billboard charts in 2008. If this is your first dance song of choice, our function bands are usually flexible, so feel free to make a request.

4. At number four, John Legend’s romantic piano-led, R&B track ‘All Of Me’ has become a classic first dance wedding song. Scoring over 15 number one places in music charts all over the world, ‘All Of Me’ is John Legend’s best-selling single so far. Our amazing vintage-themed, vocal harmony group Portobello specialise in giving a jazzy twist to modern pop songs, including this fourth most requested first dance song.

5. The fifth most requested first dance wedding song is the acoustic-ballad ‘A Thousand Years’ by American singer songwriter Christina Perri. ‘A Thousand Years’ first premiered in the film Twilight Saga: Breaking Dawn and went platinum in several countries after the films release in 2011. Function Junctions very own Chocolate Charlie and Groovetique can cover the famous love song within their 2 hour long sets, perfect for weddings, corporate events and functions.